Why Attend The Fall Conference? 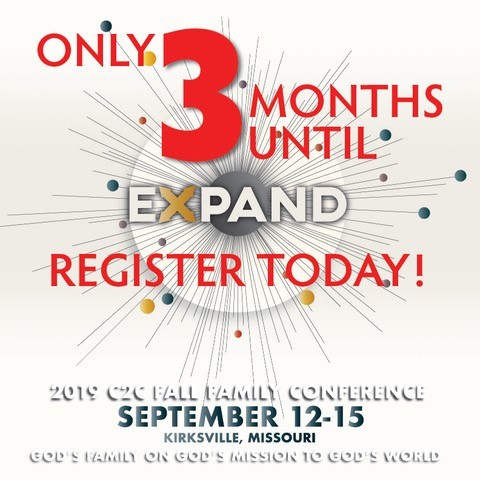 I remember reading a lament from a Christian leader about conferences,

“I’m done with Christian conferences. I’ve really tried.  But something just isn’t working anymore…At this point, I’m not sure if it’s just me or the whole system of Christian Conferences. I’m guessing it’s probably a bit of both…I mean, maybe if I had a How to Fall In Love With Jesus book to sell or a charity to promote or a cause to rally around–then maybe Conferences would make more sense for me.  You know, in a network-y, business-y kind of way.”

Christian conferences can be both challenging to get to and at the same time leave us unfulfilled in our everyday walk.  We have all probably experienced the post-conference crash.  We go back to real everyday life with the people God calls us to walk with and the conference anointing seems to fade.  During conferences, we are whipped into a Spiritual and emotional frenzy in which “GOD IS REALLY HERE, and HOLY SPIRIT IS REALLY MOVING, can’t you feel Him?”  The downside of conferences is that they can have little connection with real life.

Is there any greater Biblical basis for conferences?  Do they have a bearing on our everyday life in God?  Are they really that important to make all that investment of time and money to attend?

Some non-Biblical motivations for conferences.  Don’t go if…

While some of these reasons can have some merit, by and large, they are not a Biblical motivation for attending conferences.  I am not trying to be negative about conferences.  After all, Jesus went to conferences.  By the time Jesus came on the scene God’s people had 3 annual festivals that people were required to attend.  It meant that many people had to travel at great effort and costs to get there (think of the story about Jesus at 12 years of age getting separated from His family while traveling back home from a conference).  Luke 2:41  Now His parents went to Jerusalem every year at the Feast of the Passover and on the way home they noticed Jesus missing.

In addition to these there were also periodic and annual observances:

What was the Biblical basis for these annual festivals?  One main reason was to help reinforce their identity as a greater family/nation.  Every conference reminded them of something significant in their history as the family of God.  It helped remind them of their calling and the fact that their smaller family was part of a bigger family.  I like how the Easton Bible Dictionary expresses the important place of the annual conferences

These festivals, besides their religious purpose, had an important bearing on the maintenance among the people of the feeling of a national unity.  It was about national identity, they belonged to something bigger than their tribe.

When God’s people lost sight of their identity as part of a greater family bad things tended to happen.  William Kump expressed this in his book The Land the Seed and the Blessing.  He was commenting on the book of Judges but expressed the danger of becoming isolated from God’s greater family.

Each tribe of Israel had become mostly isolated from the other tribes.  Therefore, without leadership, they repeatedly fell into idolatry, foreign political domination, intermarriage with pagans, and other major sins.  They were in a general state of spiritual confusion.  A key verse, says: “Every man did that which was right in his own eyes” (Judg.17v6)… They were surrounded by hostile nations who wanted the land which the Israelites had taken, the land which God had promised to them as an inheritance.  They had lost their sense of national unity under God, and they were an easy prey for enemy invasion.

We can belong to a network, denomination, and even a family of churches but still be isolated. A phrase that really embodies God’s design for His people is that we are to both “believe and belong.”  As we approach this summer leading up to the Fall Conference in Kirksville lets do what we can to gather together.  We want God’s design for the reality of being part of a greater family to be reinforced among us.  We are GOD’S FAMILY TOGETHER ON GOD’S MISSION.  And yes, some of those conferencey types of things will happen as well.

Eph 2:18-22 MSG Through Jesus we both share the same Spirit and have equal access to the Father. That’s plain enough, isn’t it? You’re no longer wandering exiles….You’re no longer strangers or outsiders. You belong here, with as much right to the name Christian as anyone. God is building a home. He’s using us all—irrespective of how we got here—in what he is building.