Overcoming the Most Dangerous Enticement for Leaders Today 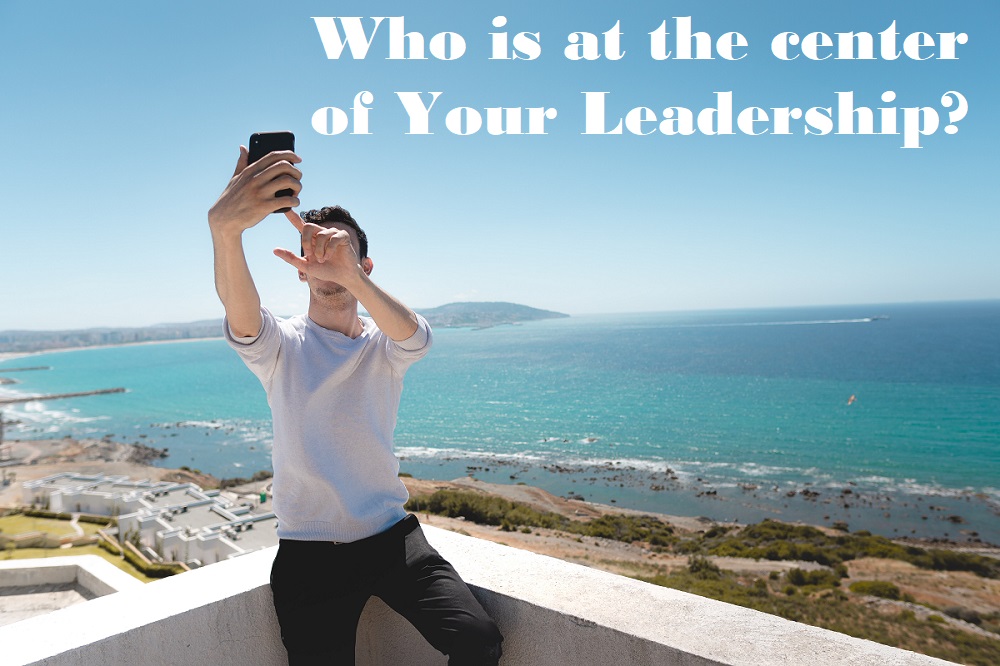 Leadership is influence, nothing more, nothing less – John Maxwell

The great author John Maxwell, who has written many excellent books on leadership, has defined leadership well,  “Leadership is influence, nothing more, nothing less.” Throughout the Bible, God raised good leaders to influence God’s people with their example, direction, teaching, and care, to live to the glory of God. Most leaders I have known begin to follow Jesus based on His amazing love and sacrifice, start with Christ-centered intentions, and want to make Him known.  They wish to influence (lead) others to give their lives wholeheartedly to Jesus.  I have also seen some begin with these Christ-centered intentions only to become sidetracked with just an ounce of success or admiration taken the wrong direction.

A Platform or a Stage

I have been thinking about the difference between a platform and a stage.  A platform, in its most Godly sense, is a place of influence to communicate the goodness of God to others.  It isn’t about making admirers or followers of you, but admirers and followers of Jesus.  Our platform may be our talents, a position, or something that gives us influence with people.

A stage is often something completely different.  It is more about the admiration of others and followers of us.  It is a self-promotion that was the root of Satan’s original sin of pride (Isaiah 14:12-15).  He has been tempting leaders with this same sin every since.   C.S. Lewis, expressed it well in The Great Divorce, “Every poet and musician and artist (leaders) but for Grace, is drawn away from the love of the thing he tells, to the love of telling till, down in Deep Hell, they cannot be interested in God at all but only in what they say about him.”

“Every poet and musician and artist (leaders) but for Grace, is drawn away from the love of the thing he tells, to the love of telling till, down in Deep Hell, they cannot be interested in God at all but only in what they say about him.” – C.S. Lewis “The Great Divorce”

The Online and Social Media Stage

Social media has changed the way we process life.  It has taken us into the world of instant fame.  Not fame due to accomplishments, as seen in the past, but fame for becoming famous.  People can become overnight sensations with the right 4-minute video or a creative post going viral.

Much of this online social media phenomenon began in 2006 when Twitter arrived with its timeline, presenting a new way of consuming information.  Later that year Facebook launched their version, called the News Feed.  Then in 2009 things made a dramatic change regarding online fame.  Twitter introduced the “retweet” feature and Facebook rolled out the “Like” button and a short time later their own version of the retweet, the “Share” button.

Later Facebook offered another innovation: an algorithm that determined the post people would see based on their previous “likes.”  Now news and social media users seek to get their content on the top of people’s feeds for finances and fame.  It causes an addiction to the number of “views” or “likes” that gives feelings of significance and importance.

We even see it on trips or vacations.  People used to define a successful or satisfying vacation based on the fond reflections and memories they carried as they came home.  Now, instead of being in the moment with the people you love, there is a constant motive to get the right pictures and quickly post them online.  The definition of success or satisfaction can subtly be affected by the number of “likes” or “views” we get on the continual pictures we post online.   “Did you have a good vacation…yes, we had hundreds of likes on all our pictures”, YUK!

Sin is usually a legitimate desire corrupted and pursued outside of God and His design.  Influence to glorify God is a good thing; influence to promote ourselves is corrupt.  Leaders used to testify of things that would influence others to devote their lives to serving Jesus.  Instead of testimonies, they now give “braggamonies” to gain views, likes or shares.

Philippians 2:4-5 Don’t be concerned only about your own interests, but also be concerned about the interests of others. (5)  Have the same attitude that Christ Jesus had.

FIVE WARNINGS AND REMINDERS TO SEEK A PLATFORM NOT A STAGE

Constantly check your motives before God.  In God’s way of thinking, why you do what you do matters more than what you do.  Paul listed the major things all Christinas seek, “Moving in supernatural power, great faith, and extreme benevolence sacrifice” but in each of them he clearly states, “If they aren’t motivated by love they are worthless” (1 Corinthians 13:1-8).  We want to do God’s will for the right reasons.  The ultimate motive is to help others glorify God above our own desire to be recognized or applauded.

Quit trying to promote yourself or your brand in every aspect of your life or church.  Be careful if you are subtly thinking of creative ways to promote your life, teachings, ideas, material, or opinions.

Watch out for the drive to be admired.  If your emotions rise or fall based on the number of  “likes” or “shares,” you may have a problem.  If you continually check out your social media or website to see how many followers or responses you get, it may indicate a drive to be admired rather than for God to be glorified.

Be careful and crucify any motive that identifies your service area as an extension of yourself.  My church, my ministry, my gift, or my area of service.

Ask yourself some questions before God about the relationships you have.  “Whose success am I desiring above my own” (Philippians 2)?  Do you walk in any family/team relationships that Jesus described in His Last Supper teaching (John 13-17) where greatness is connected to serving them for their advancement, not being served for your advancement?

Let’s ensure that God’s glory is at the center of any platform God gives us.  It is most clearly revealed by promoting Jesus and laying down our lives for the success and advancement of others