Essential Questions To Ask About Vision In The New Year 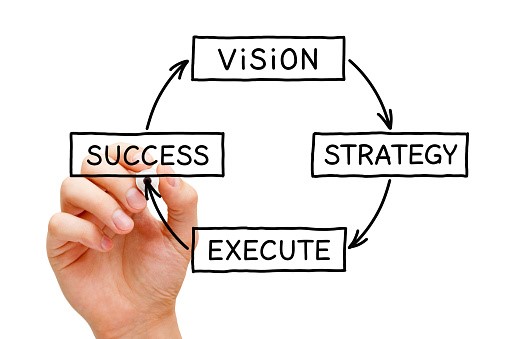 It’s a new year and most people are thinking ahead and looking to the future.  In God’s house, it is a time when the church, and it’s leaders are considering things like vision and mission statements, strategic planning, and goals for the coming season.

Many leaders have an inner narrative that is more like an entrepreneurial success story than a God-given vision.

Many seek God to change or dust-up their vision statements and missional goals for “success” in the new year.  Some incorporate methods from the business arena because of the influence of the church growth movement of the past 60 years.  It has spawned an entire leadership industry that has fostered an entrepreneurial, CEO, mega-celebrity-branded approach to pursuing vision, mission, and success.  It has brought both helpful and harmful things to the body of Christ, especially with the ideas of leadership and vision.

Many leaders have an inner narrative that is more like an entrepreneurial success story than a God-given vision.  It is like a rags-to-riches story in which an anonymous leader gets a vision almost overnight and transitions to international influence.  He and his organization/church become an epicenter of expanding spiritual impact.  They move from struggling for survival to thriving in abundance.  They increase in numbers, influence, and platforms in which many others want to be like them.

While these stories are appealing, it is essential to remember that our ideas of leadership, vision, and moving forward should be guided by examples from God’s word, not just Western success stories.  We are not simply to pursue cultural ideas of vision and success but God’s.

When you consider the leaders highlighted in Hebrews chapter 11 (referred to as heroes of the faith), you quickly realize they probably wouldn’t be asked to share their testimonies at any of the popular mega leadership summits today.

How about Noah, who spent about 100 years preaching and building an ark to save people, and only his natural family responded.  Later on, he had moral failings, which eventually caused great hardship in his family.  Today, we consider a church with only the leader’s family involved a colossal failure.  Their family dysfunction would make it even worse (Hebrews 11:7, Genesis 6-9).

Then there was the father of our faith, Abraham.  He was an important leader to all of us because Jesus is “Abraham’s Seed” and  because we are in Christ, we are Abraham’s seed and “heirs according to the promise” (Galatians 3).  He left his hometown in pursuit of God’s vision.  However, there were some problems with his five and ten-year plans because he didn’t seem to have any.  He actually “went out not knowing where he was going” (Hebrews 11:8), “wandering around, looking for a city whose builder and maker was God” (Hebrews 11:9-10).  He never found that city in his lifetime, and his story had many ups, downs, failures, and successes.

Hebrews 11 sums up the results of vision in these heroic leaders’ lives.

“All these died in faith without having received the promises evernthough they saw them and welcomed them form a distance” (Hebrews 11:13).  This doesn’t sound like a good vision or strategic planning does it?

I am not highlighting these things to justify leaders who don’t seem to have much initiative or vision.  I simply want to consider another aspect of vision, seen in the Bible, that much of the leadership industry today cannot entertain.  Yet it is more in line with biblical ideas of vision.

The Apostle Paul and His Vision

God’s vision affected Paul differently.  Many mega leadership vision clichés wouldn’t fit well into Paul’s life.  “Dream big and lead big; Announce your vision and keep pushing the envelope; Get disruptive and run your vision up the flagpole; Get the right people on, and off the bus; Use win-win strategies with your team; Let the vision take you outside the box then keep coloring outside the lines; bigger, bigger, bigger, success, success, and success.”

Near the end of Paul’s life, he made his famous statement about vision as he stood before King Agrippa, heading to a season of imprisonment and eventual death.

Consider how this vision played out in Paul’s life.  He left a promising career with the Pharisees.  He received his education at the school of Gamaliel (Acts 22:3), one of the most noted rabbis in history.   He had a great lineage “of the tribe of Benjamin, a Hebrew of Hebrews” (Phil 3:5), and was a legal scholar.   His future was set for success as he climbed the Pharisaical ladder with more significant influence and prestige.  Who knows the pinnacle he would have achieved?

When God initially captured Paul, He sent Ananias to pray for him and help impart vision.  Many vision stories don’t contain an element seen in Paul, suffering.

Paul sees it as part of his vision as he travels to Jerusalem.

“Not knowing what will happen; bonds and afflictions await me” does not sound like a successful vision.  Yet Paul continued receiving prophetic confirmations to keep moving forward to fulfill it.

God’s vision was costly to Paul.  He shared the details to the Corinthians.

There is usually a costly element to a God-given vision.  If not, it may just be a good idea centered around a rags-to-riches story rather than a biblical vision.

What are the things God has shown you that you cannot, not do, even if it costs you inconvenience and suffering? Vision isn’t something you are content with knowing; you must pursue it.  It limits you from going after other things that distract you from it.

What things has God shown you that are so important you would be willing to leave a “successful” group of 1000 who are not following it to join with a smaller group of 20 who are?

What things has God shown you that would cause you to leave a city with lots of opportunities to move to a smaller place that doesn’t have them?

What things has God shown you that would cause you to leave the comfort and security of a smaller place to embrace the insecurity of a new and bigger place?

What things has God shown you to pursue that are so important that you will live downwardly mobile instead of upwardly mobile according to society’s ideas of success?

What things has God shown that would compel you to take a job with half your current salary to put you in a place you could more fully pursue His vision?

We can describe Biblical vision as a compelling picture of a future God has shown you to faithfully pursue. Consider these questions before God as we look ahead in planning for the new year.