Standing publically in the midst of opposition 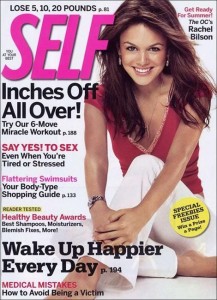 Heb 10:32-34 MSG Remember those early days after you first saw the light? Those were the hard times!  33  Kicked around in public, targets of every kind of abuse–some days it was you, other days your friends.  34…If some enemies broke in and seized your goods, you let them go with a smile, knowing they couldn’t touch your real treasure. Nothing they did bothered you, nothing set you back…

While we in the west are not facing the types of persecution our brothers and sisters are in other places (many giving their life for Christ), we are facing opposition similar to what the writer of Hebrews refers to.  It is almost weekly in the United States that some American is being publicly humiliated for professing or holding to sincerely held religious beliefs.  A recent family-owned pizzeria closed its doors in the midst of death threats from around the country.  Why, giving the wrong answer to a question about whether or not they would cater a gay wedding. They had previously never turned down a gay customer, but the reporter obviously fished for a response to a potential scenario that would make headlines.

You may not know it but some of our own C2C family has faced similar things in the past.  Resident E4 Evangelist Jim Morgan, who is a pharmacist in Raleigh NC, lost a couple of jobs in the past for holding to his personal convictions of Jesus at his workplace. He was asked to dispense certain types of drugs that people could have easily obtained from another pharmacist for both abortion and euthanasia .  Some made local papers and one was reported in the national magazine “Self” (May 16, 2006) mentioning the case in which Jim refused to dispense abortion medicine.

Some of us may face similar opposition in standing for Jesus in the public arena. Thank you Jim for standing firm in your convictions giving us an example to follow! Thanks for not only proclaiming the Gospel of Jesus, but also standing for Him in the midst of opposition, even at great cost!

Article in “Self” magazine.  https://www.self.com/life/health/2006/05/issues-accessing-birth-control/

Under the heading:  Your Rx, denied