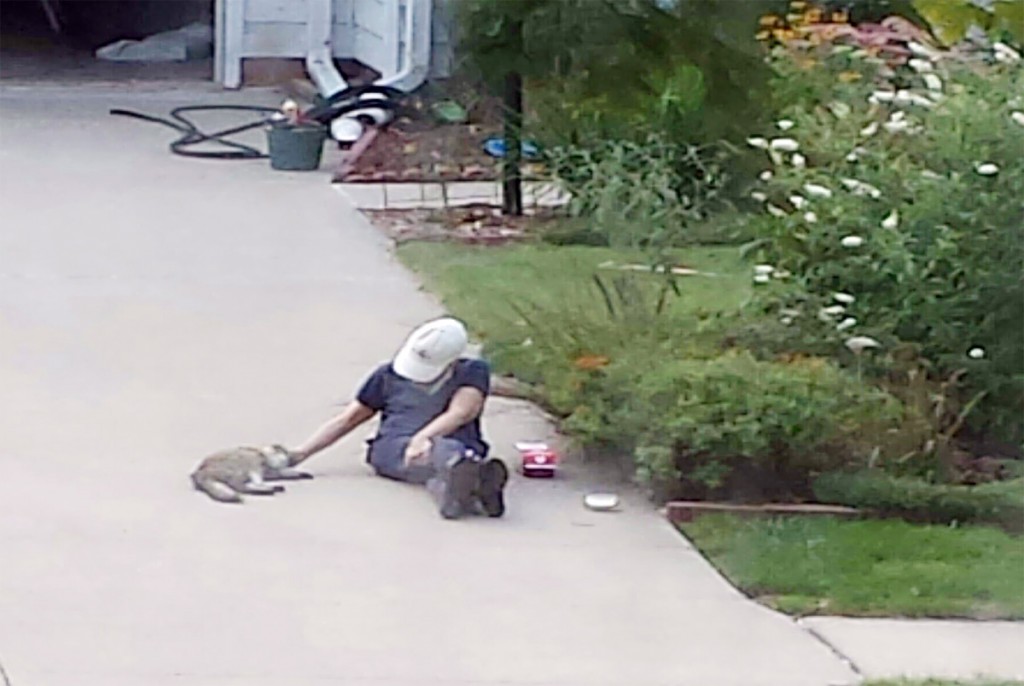 Don and I have lived on the same street for 29 years, and several of our neighbors were here before we bought our home. About the time we moved in with our four young children, we discovered two other families, with children similar in age, had also moved next door. As our children connected, we too began to connect with these families. Over time we saw both couples come to the Lord, which resulted in a complete change regarding the course of their lives. They became some of our closest friends and were a part of our church until later years.

While we had been able to build relationships with the previous mentioned neighbors, we did not seem to be able to bridge the gap to others in our neighborhood. Many of them remained distant and some appeared to dislike us.

A couple years ago, on a beautiful summer morning, Don and I were sitting on our deck, praying for our neighbors. We had prayed for many of them before. But this day our hearts were powerfully shifted. I remember we asked the Lord to help us learn how to pastor our neighbors. We asked Him to help us look for and find open doors into their lives, so we could express His love for them through our lives. In that moment, our hearts were moved with compassion toward our neighbors, and almost immediately God began to bring about significant opportunities to pray for and with, many of them.

We began to take walks in our neighborhood. As we walked we tried to take time to greet and chat with any people who were outside. This simple routine of getting outside our home and walking, allowed us to meet new neighbors and helped us become better acquainted with our older neighbors.

Many significant encounters have occurred while we have been out walking. We had one neighbor ask if Don would do the wedding ceremony for his daughter. This resulted in several pre-marital counseling sessions prior to the wedding, where Don was able to share Jesus with the couple. It has also created an ongoing relationship with the bride’s parents.

Another walk brought about a vulnerable conversation with a neighbor who admitted he was working on overcoming an addiction problem. His openess resulted from his significant other seeking us out for help, early one Christmas morning, when he was intoxicated.

On one of Don’s walks he prayed with a long-time neighbor, who had surgery and was needing a walker to get around. At a later date, the man stopped Don to tell him how much it meant that he had stopped to pray for him and how much better he was doing physically after prayer.

While I was out, working in my yard, my neighbor asked me to come over to the fence so he could tell me something important. He confided that his middle-aged wife had fallen in the yard, and as a result had nearly died from a brain hemorrhage. He was so overcome with emotion, he bent over the fence and cried uncontrollably on my shoulder. I was able to pray for him as he wept. He continues to ask us for prayer and encouragement.

While driving up our street one day, we stopped to tease one of our neighbor ladies. During the conversation we noticed a brace on her knee, and asked if she would like us to pray for her knee. She was extremely receptive, so Don prayed as I placed my hand on her shoulder. Two weeks later, while we were out walking, she stopped us and said, “You haven’t asked me about my knee!” We looked down to see there was no brace on her knee. She told us she saw no change the day after we prayed, but two days later all pain was gone and she has been fine ever since!

Recently, our doorbell rang at 1:30 in the morning. We didn’t answer immediately, but looked out our window to see our neighbor, holding her baby in her arms. We ran and opened our door and brought them into our home. She and her 14 month old little girl had been hurt by her significant other. She was deeply concerned because her other child was still in the house with her drunken boyfriend. We simply helped her, by providing a safe place and taking caring of her little girl, while she answered the police officers’ questions. After a lengthy time, the police successfully rescued her four-year old little girl from the home, and restrained her boyfriend.

While many situations in our neighbor’s lives have been weighty, there have also been simplistic situations which have created heartfelt relationships. One such relationship has developed because of our 18 year old cat, named Squeaks.

We have an animal-loving neighbor lady, who alone, is caring for her 99 year old mother. Because she doesn’t feel she can have an animal in her home while she cares for her mom, she has adopted our cat. Twice a day she comes outside, sits in her driveway and feeds our cat some yummy Half ‘n Half.  Many mornings I look out my window to see her sitting there enjoying her time of petting Squeaks. Our old cat has become the open door through which I have been able to pray with this dear lady, comfort her, bless her with goodies and encourage her in this stressful time of caring for her mom. Never in my wildest dreams would I have thought a cat could be the catalyst to build an amazingly deep relationship with an extremely lonely neighbor. I might not have ever thought of it, but I’m sure glad God did!

Our relationships with our neighbors has changed dramatically since the morning we asked Jesus to help us pastor our neighbors. However, the greatest change, has been the depth of love and compassion we feel in our hearts for the “sheep without a shepherd” who live on the street where we live. This compassion compels us to walk out our front door, walk through our neighborhood, listen for the still small voice and look for opportunities to be the message of His great love for them.