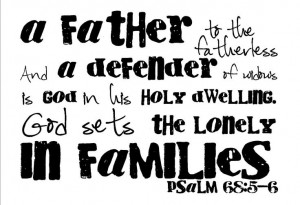 Our motto for both Salt and Light and our C2C family is “God’s family together on God’s mission.”  Family is the foundation and launching pad for all we do.  In Jesus’ last prayer on earth (John 17) He prayed three times that His people would walk with, and in the same family life of the Godhead (“that they may be one like We are one”).  Two of those times He connected it to mission (“that the world may believe”).   If we try to engage in missions without walking in family we will never fully express God’s nature which is central to His call on the church (Eph 1:23, 3:10-11).

God has revealed His house as a place where people find family (Ps 68:5-6).  Here is a testimony of Alicia Loch who found God’s family among our C2C family.  It is great account of her journey as she looks to the future.

I’m not sure if I’ve gotten the chance to tell you about my experience where God knitted my heart so deeply to the C2C family. I had fallen in love with the church in Kirksville instantaneously, with the worship, and David Bost called me up my first Sunday and started prophesying over me, and Jody B., Sandy Floyd, and Ruth Pingel all joined in the prophesying party. God made it so clear that Life Church was where I was supposed to be. 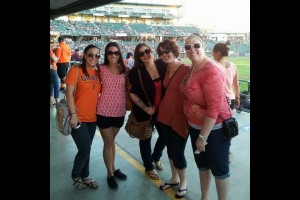 A few months later, Danny was ordained as an elder, and that was my first introduction to the apostolic team. I was used to ministry culture, where the leaders were far above me, and I would never have a place to even converse with them. There was more than one service leading into the ordination service, and the Wednesday night, Tom Bedford preached on being knitted into the family and gave an alter call about being written into the story of C2C. I responded and felt it was very significant.

I think it was the Friday night that was the actual ordination, and I bawled my eyes out the entire ordination service. As everyone on the apostolic team spoke, prayed, and prophesied throughout the evening, I felt a love and unity in the body of Christ I had never felt before, and I had this deep revelation, that I could go home with anyone from the apostolic team, and it would be ok, because we were family. I got the family revelation so deeply and powerfully, after having been raised in ministry culture.

That night, I had such a simultaneous sense of joy and grieving. I was so happy that I was now part of this, and I knew it would be significant. But I was also grieved that I hadn’t lived the history, and been there all along. I saw Tom and Andrea, and they had recently moved to Fresno. I had this sense that I needed to know them, because they helped build the church th 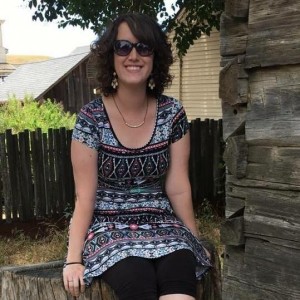 at I had already grown to love so much, but they were now moved away doing the next thing in the kingdom. That is what started my travels to Fresno.

I’ve been to Fresno 4x (to total almost 9 weeks in time), Raleigh 4x, Pittsburg 4x (getting ready to be a lot more), Omaha 1x, Mankato for one month, Sturgis 1x, Quincy a few times, and Heartland once. I haven’t been to Casper yet, but I’m gonna try to make that happen this year. I have also been on a medical missions trip to the Philippines with several from the C2C family.  God has so put it in my heart to travel to the different churches and see what’s going on in each one, and build relationships. Tom said that God has designed me to do this, and that it is significant.  So, there’s a little about me and what God has done in my heart as far as the C2C family.  Alicia Loch

After a recent weekend in Pittsburg KS she posted on Facebook.

Had a great evening with Doug, Denise, and Abigail Kreighbaum!  So grateful for their hospitality!  So excited to get to know them and everyone at Covenant Harvest since I’m a little closer now.  Yay for family in God!.….Had a great weekend in Pittsburg with my Covenant Harvest family!  Thanks Doug and Denise Kreighbaum for everything!  It was great getting to know Kim Youvan a bit!  So grateful for family in God!

May Alicia’s perspective and heart for family inspire us all!!!