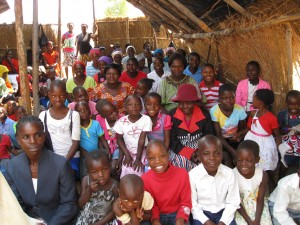 In November 2014 Mike Young was traveling with a Salt and Light team lead by Dave Richards in Zimbabwe.  While there through unexpected circumstances he crossed paths with some local leaders that he worked with many years ago but had lost touch.  Out of that unexpected encounter Mike and Travis Koeman  were able to take a recent trip to connect with some of the leaders and churches they had lost touch with.  Here is Mike’s account of the trip.

Travis and I were there for 2 weeks and both of us were very blessed at the level of faith the people were living in, and the deep sense of family everywhere we went in Faith Ministries. 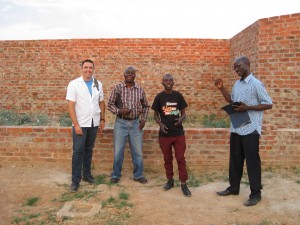 We had the privilege of speaking in several schools and one university. We also both spoke at separate churches on the Sunday am services. We drove around to many of the Harare churches as well as some of the outlying churches. We also spent a couple days up in the Chinhoyi area. We met with all the leaders in the 4 Zones doing leaders meetings in each area. 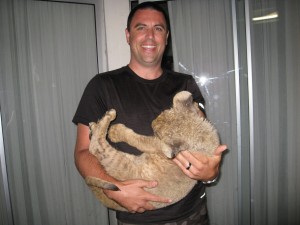 At one school about 45 students gave their lives to Christ. We were able to speak to the students as well as the staff at all of these schools. One school had over 2000 students!
My highpoint would be speaking out in the bush (thatch roof and walls) to a group and about 30 people came forward for salvation.   It was a great trip all the way around and Oh yah, we also got to play with a lion cub.