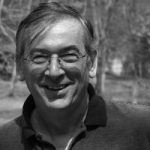 At our fall conference in September, Steve Thomas, the leader of our Salt & Light family, gave our family of churches a prophetic word (see below) that resonated within us.  God accurately identified a phenomenon that can come into people in which they can become stuck in past or present disappointments, circumstances, and feelings.   Psychologists call it Affective Forecasting in which people project their affect (emotional state) into the future.   The way things are now will be what they always will be.  This is a great bondage which kills God’s motivation of faith and hope.  We understand that it is hard to hold onto heaven’s calling for our future when we feel like hell, but in God’s economy, there are always better days ahead.

We understand that it is hard to hold onto heaven’s calling for our future when we feel like hell, but in God’s economy, there are always better days ahead.

We were never meant to live in the past, only learn from it.  Eddie Gibbs identified something in his book Church Next about the danger of being stuck in the past,  “The longer a person lives, the more he or she tends to dwell in the past rather than live in a dynamic interaction with the present or be inspired by the hope of the future possibilities.”  It is getting stuck in the past. Solomon warns against this in Ecclesiastes 7:10 Never ask, “Oh, why were things so much better in the old days?” It’s not an intelligent question.

Ge 27:40….But when you grow restless, you will throw his yoke from off your neck. This was a curse of course on Esau.  He was cursed that he would serve his brother.  But when he grew discontent the yoke would be broken.  God wants to say that there are yokes He wants to break from off our necks in this time.  God is saying that there are curses that you have carried in the past, curses of your church history, curses of relational fracture, curses of sterility, barrenness, failure to grow, smallness, small church syndrome, even pastoral failure but these are not forever, these are not forever.  For when you grow restless you will throw his yoke from off your neck.  God wants this family to grow restless and throw the yoke from off your neck.  There are situations where God wants you to say, “I’ve had enough of this curse. “ This is not a time to blame others, it’s not a time to blame circumstances, it’s not a time to lament past failures but to say, simply, “I’ve had enough of this!”  It’s time to break the yoke in your own heart and in your own thinking.  Smallness is an affliction of the heart first and foremost.  Failure is a mindset.  Staying the same is rooted in unbelief and it’s time for these curses to be broken once and for all.  God is saying, “He wants you to have the spirit of Jabez, who refused to believe that his future was determined by his past. He dreamt of enlargement, he was frustrated by confinement and he prayed for the hand of God to be upon him to break the curse even of his own name. He’s looking for a divine discontent to break out over past curses.  He’s looking for leaders who will believe the Kingdom suffers violence.  He’s looking for violent men and women to rise up and to break every yoke and to dream of enlargement and significant growth to refuse maintenance.  He wants to stir up divine discontent over and over.  And he wants us to pray against curses of smallness, and barrenness and failure with God’s hand of blessing on our heads.

1Ch 4:9-10  And Jabez was more honorable than his brothers. And his mother called his name Jabez, saying, Because I bore him with sorrow.  10  And Jabez called on the God of Israel, saying, Oh that You would bless me indeed, and make my border larger, and that Your hand might be with me, and that You would keep me from evil, so that it may not grieve me! And God granted him that which he asked.

God gave His people similar challenges under Moses about staying where they are too long instead of heeding His call to go forward.  At the edge of the impossibility of the Red Sea, He tells them to quit crying out to Him and “Tell the sons of Israel to go forward” (Exodus 14:15).  He says a similar thing to the second generation as they were camping in preparation for going forward to take the land He promised, “You have camped on this mountain long enough, go forward and possess the land” (Deuteronomy 1:5-8).

We were never meant to play defense but always be on the offensive.  It is time to arise and go forward.  We can be stuck in the past, distracted by the present, or motivated by God’s future.  The third option is His best direction.